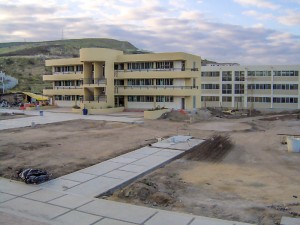 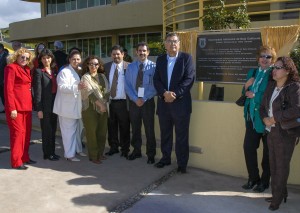 On that same date (August 2003), and in an effort to meet the needs of the San Quintin Valley, began work in facilities provided by the campus of the High School Baja California (COBACH, in Spanish) of San Quintin with the educational programs of Superior University Technician (TSU, in Spanish) in Accounting Assistant and Superior University Technician in Human Resources Assistant, which contributed to the creation of the San Quintin University Center. In October 2003, was approved the establishment of the Master’s Degree in Business Administration, a joint program of the University Education Unit (DES, in Spanish) of Administrative and Economic Sciences, and from December 2003 the name of the School of Accounting and Business Administration was changed to the Faculty of Administrative and Social Sciences. In April 2005, the operations of the faculty were moved to the new facilities in the Valle Dorado Unit, which expanded the possibilities of accessing University Education for young people from Ensenada.

Likewise, the Bachelor's Degree in Law obtained its accreditation in 2017, for complying with the educational quality requirements established by the National Council for the Accreditation of University Education in Law, A. C. (CONFEDE, in Spanish). As well as the Bachelor's Degrees in Information Technology, Business Administration and Accounting, which were re-accredited by the Accreditation Council in Administrative, Accounting and Related Sciences (CACECA).

Currently, the Faculty of Administrative and Social Sciences attends the largest population of undergraduate and graduate students in the state of Baja California. Therefore, the Faculty reiterates its mission to create a comprehensive formation of competent individuals, with universal values and critical perspective, committed to analyzing the problems and sustainable development of their community and lifelong learning.

And get our upcoming events, news and much more to always stay up to date with the Faculty.